An afternoon of tasting and making sourdough breads.
This is an introductory class to Sourdough bread making for those who still need to get their heads around what sourdough is and how to make it at home. Shane Palmer and Monika Walecka will talk you through the essentials of making a mother, taking care of it, fermenting, shaping and baking your bread
They will have some dough pre mixed for you to try your hand at shaping and folding and there will be tasters of some different sourdough breads as well as a few other nibbles to keep you going.
Please bring a jar with you as everyone will be making their own mother and taking it home with them to look after and transform into their own delicious sourdough. 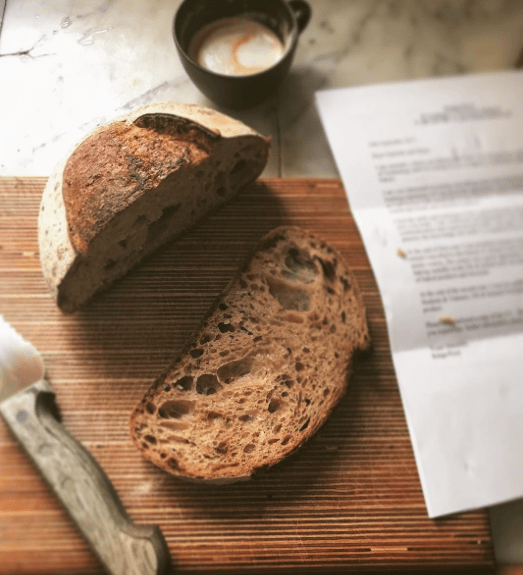 SHANE PALMER is a former Fumbally chef who immersed himself into the world of bread making after finishing his thesis on Sourdough in 2014. He spent two years in San Fransisco in bakeries such as Tartine, Marla Bakery and MH Bread and Butter. He returned to Dublin in 2016 to open Scéal bakery with his Partner Charlotte. Shane hosts regular monthly sourdough workshops in The Fumbally Stables

MONIKA WALECKA@thereshecooks is a prolific Sourdough baker and photographer from Poland. After working as a producer for MTV Poland she decided she liked to shoot photos and cook more than anything else. She spent four years in San Francisco where her passion for bread making excelled through working in Marla Bakery, 20th Century cafe and a number of other sourdough bakeries in the city. Her focus is now on wholegrain and fresh milling of local grains. And as a sideline she is also developing a brand focused on baking inspired fashion called ‘Bakers Gonna Bake‘