Expect some serious questioning surrounding our culinary and export golden child, from our chair on the night Alison O connor.

WILL DAIRY BE THE DEATH OF US 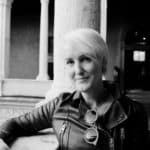 A journalist, author and broadcaster Catherine began her career as a news reporter with The Irish Times and later became security correspondent with The Sunday Tribune. She has written and collaborated on four books, the latest a memoir of the life of homeless activist Alice Leahy called The Stars are our Only Warmth to be published this month. She co-wrote and presented the radio series History on a Plate with historian Juliana Adelman exploring stories of Irish social history one recipe at a time. She is a regular contributor to national radio and television. She writes the weekly restaurant review in The Irish Times. 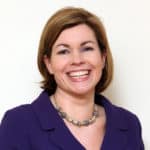 Alison O’Connor is a journalist, broadcaster and author. Her work as a political columnist involves regular commentary on current and social affairs on radio and television. She has a weekly column in The Irish Examiner.

Mike Magan is a Longford dairy farmer who is currently the chairman of Animal Health Ireland and on the board of directors of the Farmers Journal and the Agricultural Trust. He farms together with his son and they operate a grass based spring calving herd.

Back to Previous page